As founder and long-standing Chairman of Alderley, Tony succeeded in his ambition to create a leading, British-based family owned engineering company. 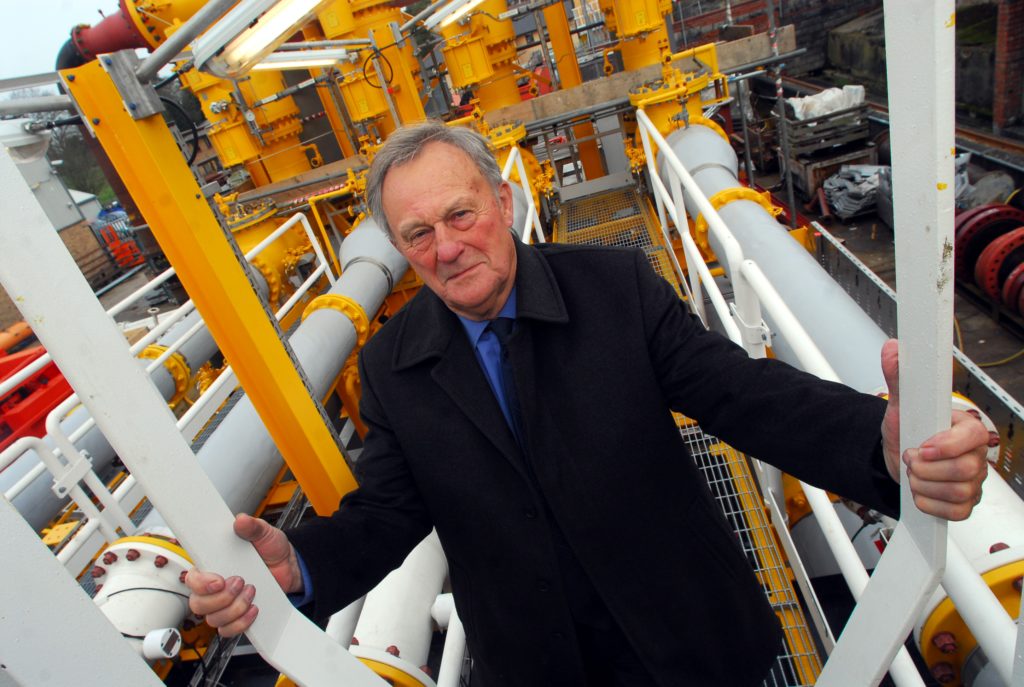 Tony was born in Bristol and went to Blundell’s School in Somerset before undertaking his National Service in the Royal Engineers. After his time in the army he took up his scholarship place at Sidney Sussex College, Cambridge University to read Mechanical Sciences. After graduating from Cambridge in 1954, he started an apprenticeship with WH Allen & Sons in Bedford.

Throughout the 1960s, he developed his career with Atomic Energy Industries and Imperial Chemical Industries and was involved in the building of Berkeley Nuclear Power Station in Gloucestershire.

Intent on having his own family business, Tony identified a niche market to provide metering equipment to the fast-developing oil and gas industry in the North Sea while he was working as a director of A Jordan & Sons Ltd.

It was in 1989 that Tony seized the opportunity to combine two companies to create Alderley Holdings, the company we now know as Alderley plc.

Under his guidance and courage, the business developed into a specialist systems integrator with a reputation for technical and engineering excellence for the oil, gas and process industries.

The head office and initial workshop were based in Wickwar, Gloucestershire and this site remains the company centre for technical development.

Tony identified the need to be closer to the growing market in the Middle East, exploring business opportunities in the United Arab Emirates in the early 90’s resulting in manufacturing facilities in UAE, Dubai (2001) and Saudi Arabia, Dammam (2003).

Realising that UK Small and Medium Enterprises (SME) were at a disadvantage in relation to support from export credit agencies, Tony worked closely with the Export Credit Guarantee Department to improve potential for UK businesses to compete overseas.

By 2007 the Alderley group had worked in 90% of the world’s oil and gas producing countries and was awarded the 2018 Board of Trade Award.

Tony’s resulting legacy has left a company with his family values firmly embedded across the group with family representatives on the board and in key positions throughout the company, and a robust business for the future generations.

Pillar of the community

Tony’s involvement in the regeneration of Bristol started after the riots of the early 1980s through initiatives such as Bristol Compact and Bristol Avon Phoenix. Tony’s aim was to foster working partnerships between public and private sector organisations, helping to create a vision and sense of direction for the city’s future.

In 1987 he became a member of the national taskforce set up by the CBI to explore the role of business in social and regional regeneration. As a result, Tony led the launch and establishment of the Bristol Initiative, a private and public sector partnership tackling inner-city unemployment, housing and transport issues. He was an active voluntary member of the Bristol Initiative’s Board until 1999.

Having merged with Bristol Chamber of Commerce, the Initiative continues to pursue Tony’s vision of wealth creation for the city. He was instrumental in initiating the plan to build a full-size replica of The Matthew, the ship which John Cabot sailed from Bristol to Newfoundland in 1497, to celebrate its 500th anniversary. He and other members of the Shepherd family joined the welcoming party in St John’s, Newfoundland to greet The Matthew on its arrival in 1997.

In 2001, Tony was awarded an Honorary Degree of Doctor of Business Administration by the University of the West of England in recognition of his remarkable contribution to the promotion and regeneration of Bristol.

Family interests and a garden

Without doubt Tony appreciated many things in life outside his business, such as the wonderful garden at Park Farm, golf, shooting, his cars and a love of nature, but above all his main love was for his family.

Tony and Diana married in 1961 and had four children, a family which has grown to include 14 grandchildren.

In 1975, Tony and the family moved into Park Farm, marking the beginning of a lifetime’s work on his garden which kept him busy for 45 years and would go on to stage many family milestones and celebrations.

Nothing gave Tony as much pleasure as being surrounded by his children and grandchildren, spending time in his magnificent garden.

Tony was a caring family man and a leader, mentor and inspiration to everyone who worked with him.  His lifetime of achievements will continue to be felt by all who knew him and he will be sadly missed.

We use cookies on our website to give you the most relevant experience by remembering your preferences and repeat visits. By clicking “Accept”, you consent to the use of ALL the cookies.
Cookie settingsACCEPT
Manage consent

This website uses cookies to improve your experience while you navigate through the website. Out of these, the cookies that are categorized as necessary are stored on your browser as they are essential for the working of basic functionalities of the website. We also use third-party cookies that help us analyze and understand how you use this website. These cookies will be stored in your browser only with your consent. You also have the option to opt-out of these cookies. But opting out of some of these cookies may affect your browsing experience.
Necessary Always Enabled

Performance cookies are used to understand and analyze the key performance indexes of the website which helps in delivering a better user experience for the visitors.

Analytical cookies are used to understand how visitors interact with the website. These cookies help provide information on metrics the number of visitors, bounce rate, traffic source, etc.

Advertisement cookies are used to provide visitors with relevant ads and marketing campaigns. These cookies track visitors across websites and collect information to provide customized ads.

Other uncategorized cookies are those that are being analyzed and have not been classified into a category as yet.